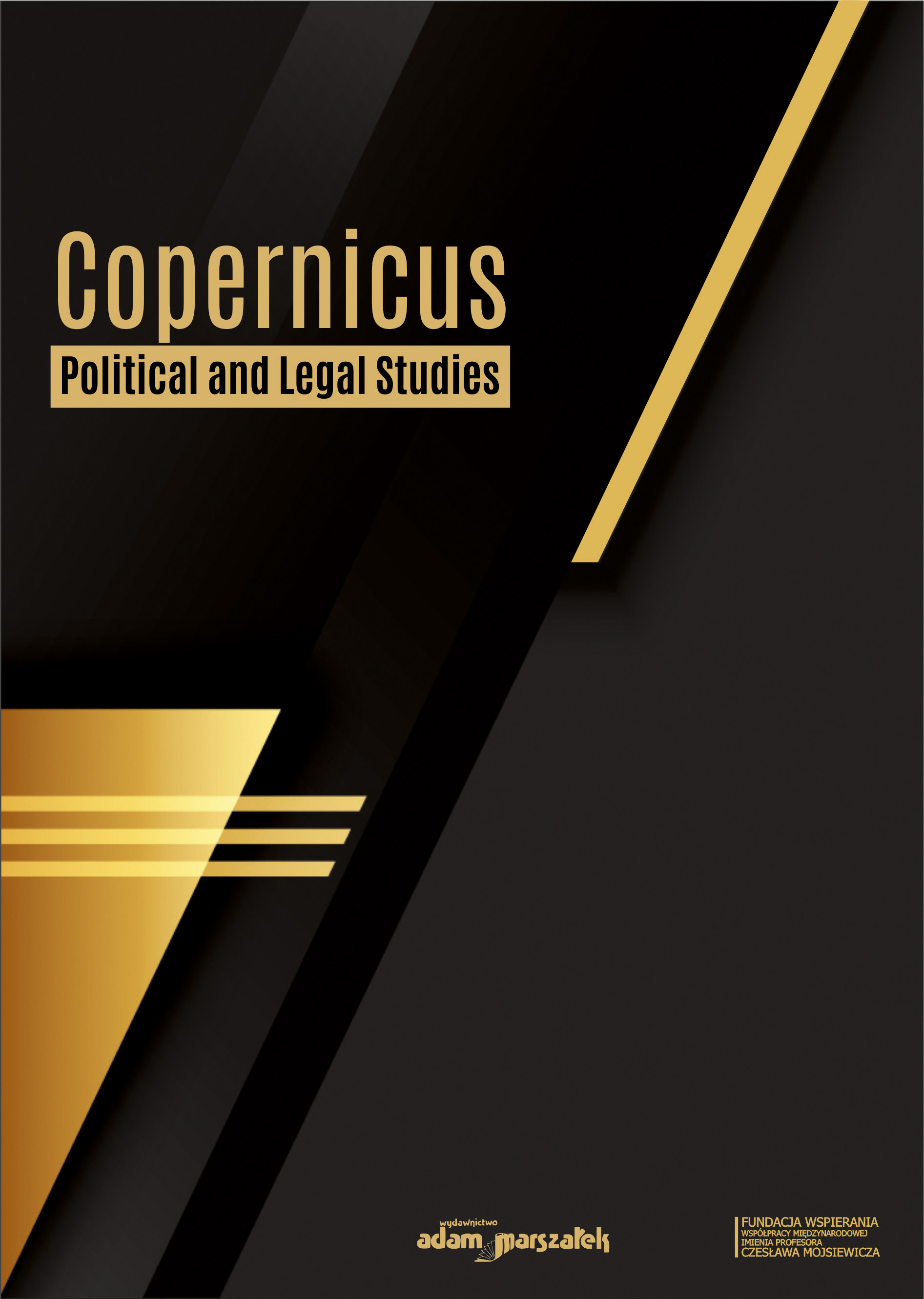 Copernicus Political and Legal Studies (CPLS) is a multi-disciplinary scholarly peer reviewed journal. It was created as a result of the initiative and collaboration among political scientists from Polish universities and Adam Marszałek Publishing, a leader in the publishing market in Poland. The initiative has been supported by Professor Czesław Mojsiewicz International Cooperation Fund, who became co-publisher of CPLS.

The impulse for the creation of Copernicus Political and Legal Studies was Polish-Ukrainian scientific cooperation. Since the establishment of the journal in December 2021 the Editor-in-Chief of CPLS is Teresa Astramowicz-Leyk, professor at the University of Warmia and Mazury in Olsztyn. The journal’s Editorial Board consists of prominent specialists, including academics from Lithuania, Poland, Slovakia, Ukraine, and some other countries.

Copernicus Political and Legal Studies’s goal is to serve as an independent forum for scientific thoughts in the fields of history, law, political science and public administration, as well as security studies. The journal’s content includes texts in the following format: research papers/articles, reports and reviews. Scholars and experts of various disciplines are welcomed to submit their contributions prepared either in English, Polish or Ukrainian.